The movie "Everybody street" covers more than few decades of street photography, while "exploring the careers and influences of many notable photographers", with "a number of whom have never been documented". The film features 13 photographers (Bruce Davidson, Elliott Erwitt, Jill Freedman, Bruce Gilden, Joel Meyerowitz, Rebecca Lepkoff, Mary Ellen Mark, Jeff Mermelstein, Clayton Patterson, Ricky Powell, Jamel Shabazz, Martha Cooper and Boogie) with historians Max Kozloff and Luc Sante, who give their view on why street photography and some photographers are so important. Nice addition to the movie are photographs of some other legendary masters of street photo art, like Henri Cartier-Bresson, Garry Winogrand, Diane Arbus and Leon Levinstein for example. Hear how Martha Cooper, who was one of few photographers that started to shoot graffiti scene in NY at the time, waited for hours to get a shot of a graffiti sprayed train, how Belgrade born Boogie (personally, loved the fact that someone from this part of the world went to NY and made a career there!) photographed young drug addicts and gang members, or how Jill Freedman experienced and photographed a lot of nasty things while doing her project about NYC policemen.

DSLR or Leica, film or digital, in the end, it doesn't really matter (though some of the photographers interviewed are firmly based in only one camp) - in the end, it's only the picture what really matters, as aforementioned Jill Freedman says in the movie. "Everybody street" is a really well made documentary with a great accompanying soundtrack. I really liked when camera was following some photographers on the streets, showing the image they just took on the screen in front of us, thus partly analysing the photo making process of this artists. Simple, yet very effective technique. The movie truly "captures the visceral rush of being a NYC street photographer, from the masters who are the history of the medium", as it was written on their Kickstarter page (btw. it's brilliant to see crowd funding projects like this!). Great insight into the street photography, City of New York and its most devoted street photographers. If you've been already bitten by photography bug, this exciting, emotional and adventures movie will make you wanna go hit the streets of your town. A must for all interested in street photography.

Like one person commented on the vimeo website "Makes me want to move to New York.". That says it all :) 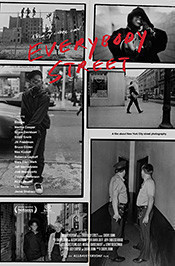 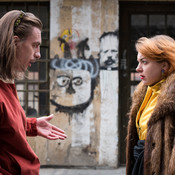 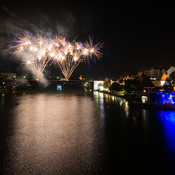 The final gallery from this years Festival Lent contains some moments captured offstage, on stage (but not as performance), behind stage and on the streets of Maribor, during the festival.