What people say about my work: 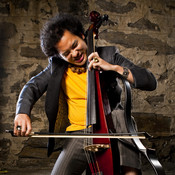 Saša is one of my favorite photographers of live concerts! Capturing artists in motion is probably the most difficult challenge a photographer will ever face. I love Saša's images because they show vibrant color & clarity, but most importantly, the actions and emotions! 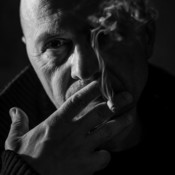 I want some people to be invisible. On stage, musicians often seem to have nothing but fun. That’s not how I experience it: live gigs are complex moments in time, requiring a decent portion of attention and responsibility. Fun part comes either when most of the tiny equations are already solved or when everything is so out of control that you give up and simply go with the flow. Having an unknown person with a camera constantly in your face doesn’t really help.

Some photographers are aware of that and are able to capture the precious fragments from a distance (not necessarily a physical one), without pretending to be "one" with you or otherwise interfering with your "job". They don’t want you to look good for the camera. They don’t need a perfect light. They don’t require your attention. Hunting the details not visible to others, they’re on their own mission. Saša is one of them. 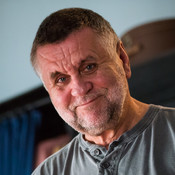 Photos mostly capture an object they focus on and that is why, in most cases, they remain on a one-dimensional level of capturing reality. As opposed to that huge grey mass, Saša Huzjak's photos, along with the object, capture what's much more important for the real capturing of a moment: the energy the person on the photo emits, the emotion that comes out of them. That is why I think his photos are rare and relevant. With their exquisite simplicity and pure energy, they're photos which communicate directly and without any lies between the person on the photo and the one standing in front of it. 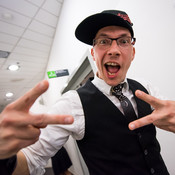 Working with Saša is easy, effortless and an utter pleasure. Not only you're getting top-notch photo memories, his work will clearly portray your efforts put into the event. Feel the energy, the emotion, the sweat. Shooting Perpetuum Jazzile is not an easy task, but Saša does it flawlessly every single time. 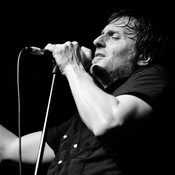 Saša is live crew, photographer on our bigger gigs.

It’s brilliant – I only see him before and after the gig – so unimposing and self-suppressing, but multitude of photos give this aura of permanent presence, contact, closeness; like he was with us on the stage the whole time, by some magic trick, close enough to trip on cables and bump into instruments [laughs].

The place where I read his "author handwriting", at least in our sessions, is the potentiation of live energy of us, the performers, which he often brings almost to the level of caricatural in his shots. He knows how to "freeze us" in time, exactly in that picosecond when we are not performing, when we have forgotten that we are on stage. That shots ultimately are the most valuable results as photos are thieves, the stealers of time, halted visual testaments of people and actions. That is a position of power Saša never manipulates with, never misusing it, and always leaving enough space and showing the piety to the wondrous mysticity of rock concert.

Saša Huzjak is truly a professional and he deeply loves his work.

His lens loves the thing it’s pointed into - and you can notice that in his photos at a first glance. 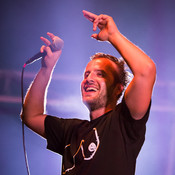 One of the best live photographers who's work I've seen. The pictures he takes are truly capturing the moment and I do not mean it a cheesy way. Probably 'cause in his every picture you can see he is enjoying it, he is there. You can tell he loves the band that he is shooting, he knows who is playing, he knows when the highlights are. He is not doing his job, he is loving it! He has a stronger passion for music than some musicians, as if as he himself is playing. And in a way he is, but with the camera, the people, the lenses and shit. Plus he is a good and humble person. He is our Slovenian crew. 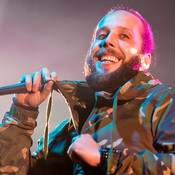 Saša is the man. He is the type of photographer that you will not notice but will provide you with excellent results.

One of those, that is humble but very professional at his work. He is one of those you feel good about working with, beacuse he delivered.

He's photos are mesmerizing and he really captures moments. Hire the man! You will not regret it! 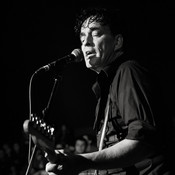 In January, Michal Kaščák, director of the Bažant Pohoda festival, invited the Putan Club at Pohoda 2014 festival in July. It was sounding like another great concert, but we had 97 more to go to before - from Europe to Maghreb to China & Xinjiang. We never knew we will meet friends there in Trenčín at Pohoda. Performing this time in the crowd, we also never thought somebody would ever catch it. Saša Huzjak did it, succeed in it, and with how so much savoir-faire. Would like to call him a friend, despite many kilometres.

Hvala moj brat! (that’s Croatian, my native language, for: Thank you my brother!) 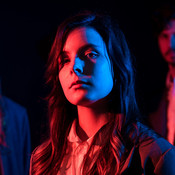 Saša has proven himself as a fantastic photographer over and over again. From capturing one of our best live performance shots to making quality promo photography. While in the studio, Saša made us feel like we're not even taking photos but just having a good time. Would definitely recommend him! 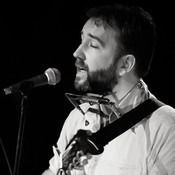 We have collaborated with Saša during our album promotion and we are very pleased with his photos and with professional relationship he showed toward us both as musicians and as subjects for his photographic captures. Saša's invisible presence around the concert stage has resulted with some of the most beautiful atmospheric live photos of our band. He managed to always be at the right place in the right time, ability that undoubtedly stems from years of experience, but also intangible talent possessed only by the few. 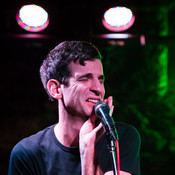 Saša is simply amazing. He is able to capture Nina's most important sound fades: while running, pulsing, teasing and preaching. Definitely the best photographer that happened to the group. 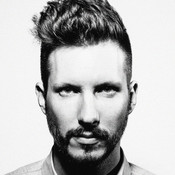 I know Saša Huzjak a couple of years now and have been always fascinated with his concert pictures. Not only is he a great and hard working photographer, but also one of the nicest guys I have met in this business. 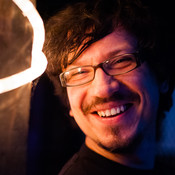 I can say only ecstatic things about working with Saša Huzjak. He did our band's photo-session and a few of our concerts. He is extremely professional and thinks very hard about the shoot, the setting and what he wants to achieve but also listens to your own ideas and wishes. The best part of working with him is that you can feel that his heart is 100% in it, that he loves to do it and when you combine that with his vast knowledge and experience, coupled with truly sparkling creativity, you just have to be amazed at the results. Just putting his photographs of us on our Facebook page made us look really professional and cool. I mean, I rarely look at my own photos and think "This guy is cool and handsome" but this happens when Saša is behind the lens.