Barrique is a really cool band performing kind of mix between Argentinian tango and Balkan rhythms, if I may describe them from what I remember :) I photographed them performing few years ago at Festival Lent in Maribor, Slovenia, but that was briefly, since I was working as an official festival photographer and Festival Lent has many stages to cover :) 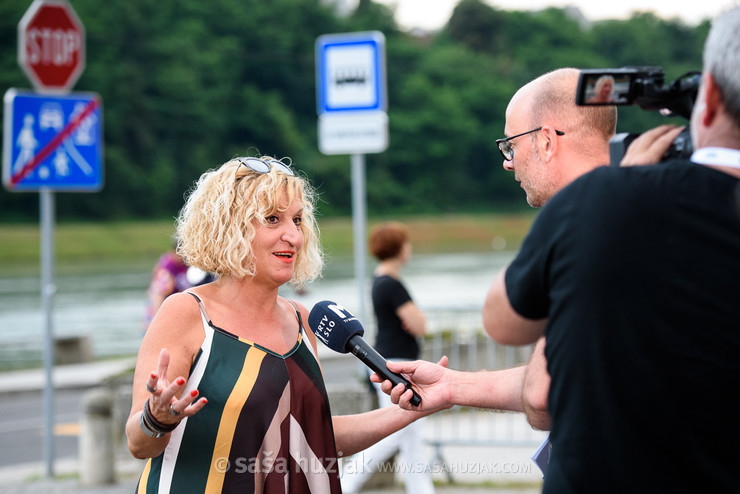 Fast forward few years, Boštjan, the main force behind Barrique and I became good friends. I offered my services to photograph the band for some promo shoots, but they had some changes in the band and the COVID-19 situation stopped a lot of things, obviously. 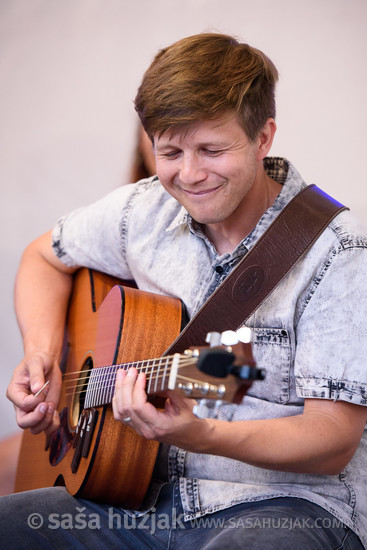 Few days ago Boštjan contacted me to see if I had the time for an ultra quick photoshoot - emphasise on ultra quick. While I don’t usually like to have these small time frames, Boštjan explained me that they don’t really have a time for a proper band photo shoot, since some of the new members are not from Maribor but are coming from other parts of Slovenia to the rehearsal which is paramount for them since they got some gigs for this summer and they need that time together for their music. And it was not just the time frame I had limited, they had only one day at the certain time to offer me, plus location was at their rehearsal place - all that quite limiting for a photographer :) Plus, did I mention that there are eight (8) members in the band? 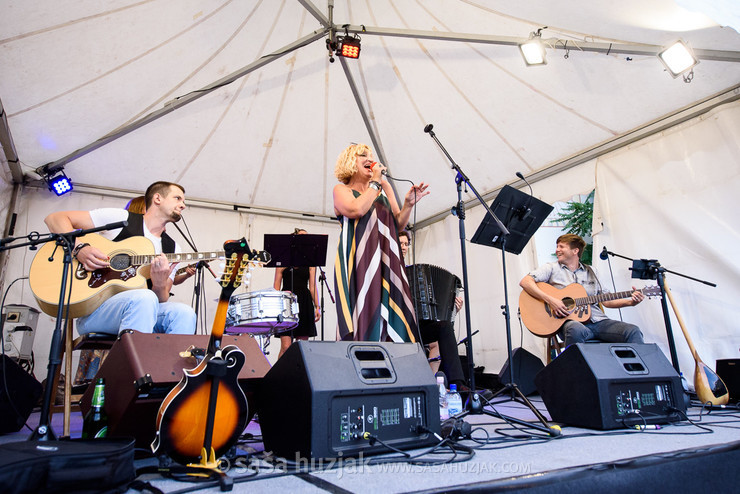 Boštjan found a cool looking old castle few minutes from their rehearsal place and we decided that would be a much better background for the photoshoot than the modern hall. But as the Murphy law states, on the day of the photoshoot and after many dry and 30+ Celsius days, on that afternoon the rain started :)

Luckily, it stoped an hour or two before the decided shooting time, so my assistant Matic and I headed there an hour before to scout the location and prepare the lights. The idea was that when the band would come, we do few frames and they can be off for their rehearsal. They literally needed one photo that they can send tomorrow as the promo for an upcoming gig.

When we got there, we realised that the castle does look cool at first glance, but has quite a few off limits ares due to safety (oh, that bridge!) and the inside is completely blocked out from entering. Plus, many of the broken windows had plastic on them to stop the rain to deteriorate the inside even more, so that was an extra bummer - the whole castle as a background was a no-no. Matic, being a graphic designer with a good eye, then spotted a great place without many distractions and we quickly set up two big strobes to light them up.

The band came, they were all dressed up and super professional, we did few test shoots to check the lights, did few frames and it was a wrap, the band already was on their way to the rehearsal! Matic and I packed the gear, drove to the studio, got the gear from the car and I copied the photos to my computer. Did some post production on them and send them to the client - all in just few hours :) 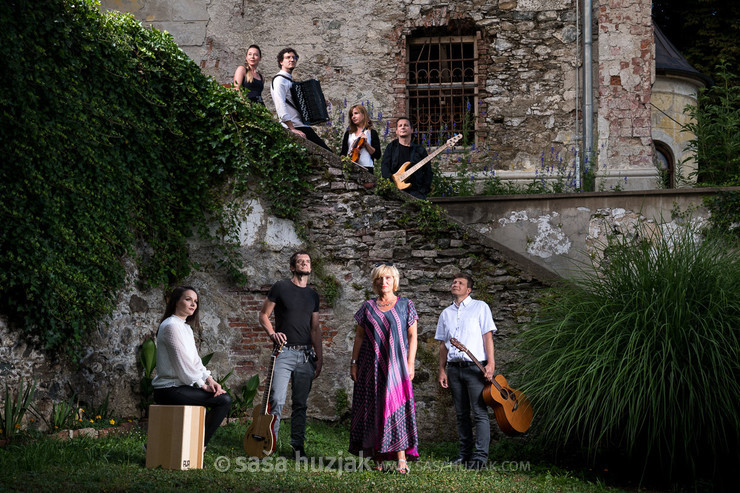 Which is definitely the quickest group portrait band promo shoot I did so far :) 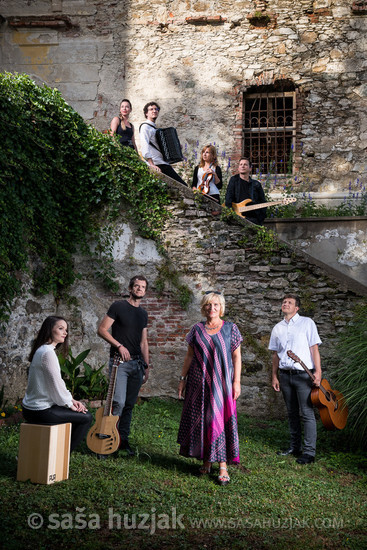 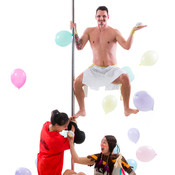 Few moths ago I had a privilege to work with amazing pole dancers and teachers of Pandora - Art of Pole dance school in Maribor, Slovenia. 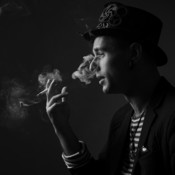 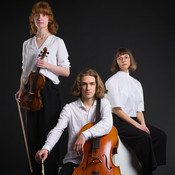 Recently I had a privilege to work with three great young classical musicians from Slovenia, currently studying in Austria, who perform under the name Trio à chanter. 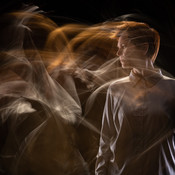 Now, this was an extremely creative and fun promotional photoshoot to do! :) 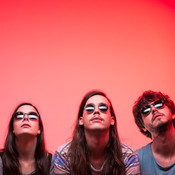 Eleven moths after they were in my, then newly opened, photo studio for some promo photos, Koala Voice - one of my favourite bands - is back! Yep, we have a hell of a coffee here at SHtudio and people tend to come for more :) 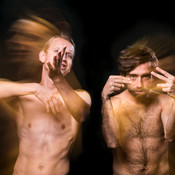 Uroš Kaurin and Vito Weis are two brilliant Slovenian actors whose performance Heroj 2.0 (Hero 2.0) made quite a big impression on me and my wife Špela. I’m sad I haven’t seen the first performance (Heroj 1.0), but was very excited when I was commissioned to shoot the promotional photographs for the third performance for which we did a photoshoot in Ljubljana few weeks ago. 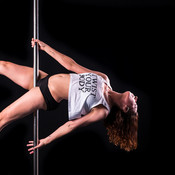 I was very honoured to work with Maja Logar few weeks ago! She is a pole dancer, teacher, choreographer and a founder of the pole dance school Pandora - Art of Pole... 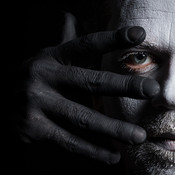 Few months ago I had a privilege to have Sašo Vollmaier in my SHtudio for a photo session - very creative session, plus lots of laughs :) 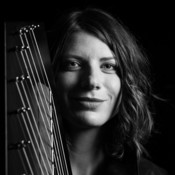 Few days ago I was very honoured to have Franja Kočnik, great Slovenian zither player, in my studio for some promotional images. 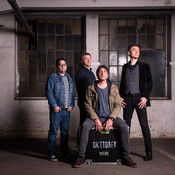 Last week I was working with Okttober, a great Maribor based rock band who needed some new promo images. 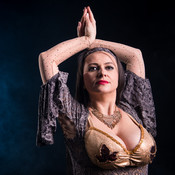 Recently I had a pleasure of working with the talented Edita Čerče of Silk Dance Company in my photo studio. 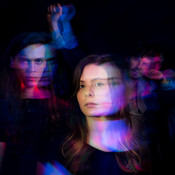 I was very privileged and excited recently to work with one of my favourite bands from Slovenia - young and brilliant Koala Voice! 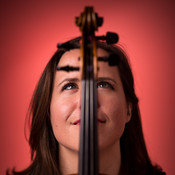 First photo shoot in my very own photo studio! :)

Few weeks ago I was privileged to photograph Maja Bevc, a great Slovenian jazz singer & vocal coach, violi(ni)st, amazing person a dear friend… and my FIRST client in my NEW photo studio! :) 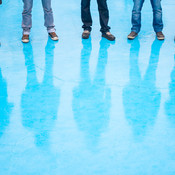 Last weekend I did a quick promo photoshoot for a Croatian/Slovenian band Helika, which, I’m sure, is already a pretty known name to the regular readers of my blog since I’ve been photographing them on multiple occasions. And that’s not just because my wife is in the band, but also ‘cause I really like their "trip pop" music! 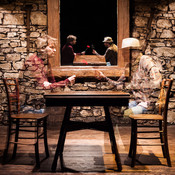 Tadej Vesenjak has a new album 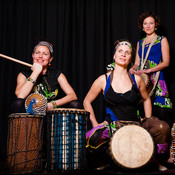 Djembabe are Maribor based female percussion group who successfully mix traditional West African rhythms with a pinch of Slav temperament...