Life in the time of novel coronavirus #1: first observations 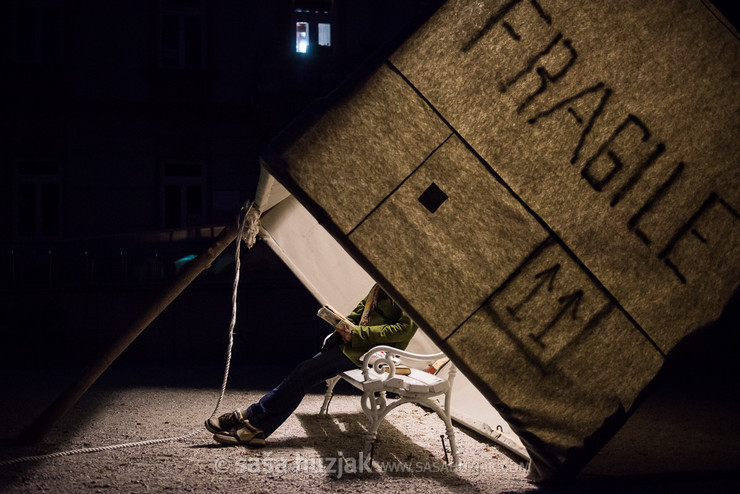 Living in a box: we humans are apparently more fragile that we care to admit

Yesterday marks the end of the second week living in extraordinary circumstances here in Slovenia for me and my family. The end of the second, but also a start of a third week of this quarantined life that probably not many scientists or sci-fi writers could predict. I needed these two weeks to organise our new way of life — older son is the elementary school first-grader (home schooled now), while the younger is still in the kindergarten (now at home, obviously). My wife, a musician and a music teacher, works from home (on-line teaching), so all that takes a lot of time management, patience and logistics :) I also needed these to weeks to get some projects finished and most importantly, get my head around this unimaginable situation.

This all made me to get some things out of my system, I’m sure many feel the same.

While this is mainly photography and music (photography) oriented blog, in the next few weeks (or months?), I’ll use it as a platform to also share my thoughts, tips and general observations about not necessarily photo or music related stuff. But there will also be that, don’t worry. As I don’t have comments section available on my blog, you can always drop me a line if you feel like - will try to get back to each and every one.

It all started just 4 months ago

As you all know, novel coronavirus (nCoV) and the disease it causes called COVID-19 is on top of every news stations worldwide. Even if one doesn’t read the news, this global pandemic is changing life as we used to know at rapid pace.

What really blows my mind is the speed all of this is happening and the scope of it - it’s not just "some distant treat" like wars in Middle East, hunger in Africa, or refugees hoping for better life trying to enter countries with barbed-wire borders (not that I’m minimising the horror of all these things mentioned, don’t get me wrong). This thing is here. And when I say here, I mean everywhere, on every continent.

And because of the nature of this fast spreading virus (longer intubation period, from 2 to 14 days, usually 5-7 - when the person carrying it doesn’t show any symptoms and doesn’t even know he/she is infected) and the fact that humans are much more connected than ever before (flying was probably never that cheap as it is now or, used to be before all airlines had to drastically cut the number of flights in these weeks), the spread from one continent to another was never easier. 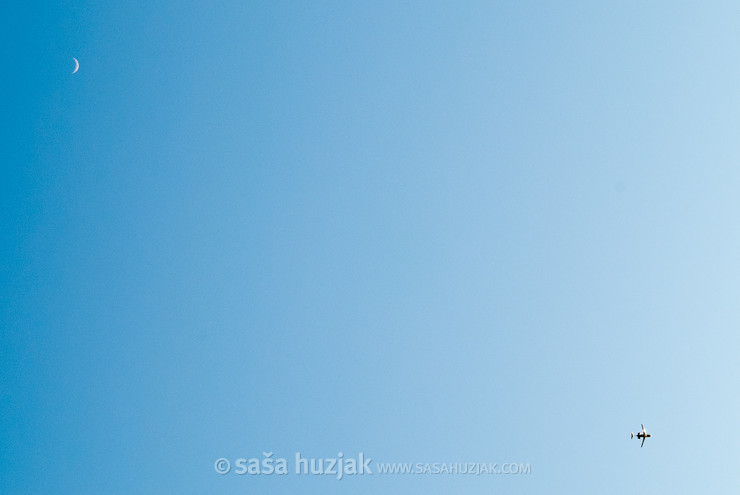 Flying was probably never that cheap as it is now or, used to be before all airlines had to drastically cut the number of flights in these weeks

Danny Boyle's "28 Days Later…" (2002) or "Contagion" by Steven Soderbergh released one year before were on many lists when searching movies with global virus outbreaks today. But actually "Perfect Sense" (lacking on all of these lists I checked) with Ewan McGregor and Eva Green was the first that came to my mind. This movie, directed by David Mackenzie and released back in 2011, tells a story about "a chef and a scientist that fall in love as an world epidemic begins to rob people of their sensory perceptions". What seemed farfetched in all these movies when we watched them, is alarmingly close to the situation in which we are now. Or the next situation in which we will be.

The speed the things are changing at the moment seems really unprecedented — what was top news regarding novel coronavirus just few weeks ago (e.g. situation is China) is old news today (Italy and Spain are quite problematic at the moment). And also this will become old news soon (I’m just reading that USA have more infected than China at this moment). As I’m writing this, current situation is, collected by the Johns Hopkins University (JHU): 615 519 infected people in 177 countries around the world, 28 717 dead and 1135 735 cured and that will change by the time I publish this article.

Earth and People vs. People and Earth 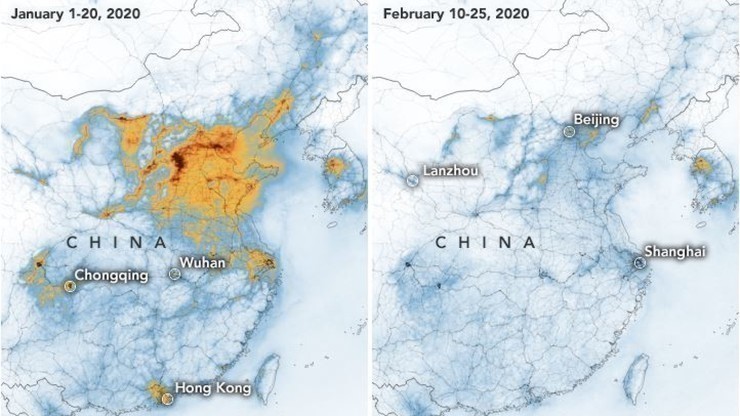 NASA image of dramatic decline in NO2 pollution levels over China

Nitrogen dioxide (NO2) is a noxious gas emitted by motor vehicles, power plants and industrial facilities, so when factories stopped working, and people stayed at home, the road and airline traffic also stoped. All that made one really big positive thing in this pandemic outbreak — nature took the lead.

Just few weeks of quarantine and stopped production was enough for a dramatic decline in pollution levels over China, like the satellite images from NASA clearly shows. And it’s not just China, e.g. Venice canals have clean water full of fishes now and the pollution is dropping everywhere. Basically, nature is reclaiming its spaces, as somebody wrote it recently.

Which actually made me think.

Because, once that the humans are out of the Earth, Earth will rebuild it self rather quickly, it seems. And if this situation isn’t a good wake up call to really and drastically change things globally, maybe we don’t deserve another.

Aftermath or What now?

I would really like to see changed world after this pandemic stops. So that the profit, accumulation of material things (that we can live without) and the whole concept of economic globalisation where the poorest are working for the richest is changed. Because this situation shows clearly that many things we were told we can’t live without are actually not that important.

A supervisor of one Chinese factory from the Wuhan area proudly said that they will be working extra hours to compensate for the lost time when they were closed. Which, of course means, no more clear sky above the town. Which is a proof for the pessimist in me that it will be business as usual.

I would really like to be wrong about it.